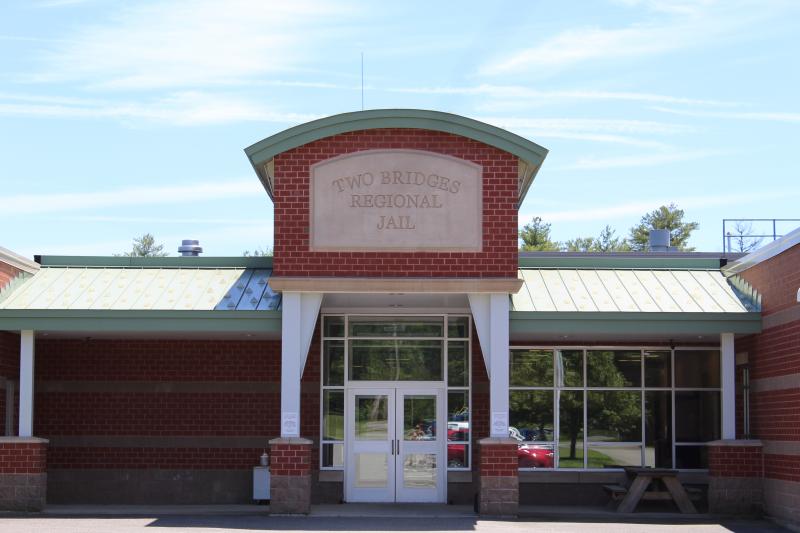 Two Bridges Regional Jail is about seven weeks into its Medication Assisted Treatment (MAT) program with ENSO Recovery, as part of a grant by the Maine Department of Health and Human Services, with funding from the federal government, to combat opioid abuse in jail and after inmates leave.

As of Sept. 19, the MAT program had 10 inmates, all male, from Lincoln and Sagadahoc counties, the jail’s administrator, Col. James Bailey said. He said all have been sentenced, although pretrial inmates are also welcome, from those counties and Penobscot and Oxford counties, which the jail also serves. The pilot program can serve up to 16 inmates; assessments continue to fill the remaining six slots.

Bailey said he is still hopeful an entire pod of 48 beds for men and fewer beds for women will become a regional treatment facility for jails without their own programs, and he hopes the larger program can be launched early next year.

Bailey has met with District Attorney Natasha Irving and a group of area defense attorneys. He planned to meet with District Six judges the week of Sept. 23. He said Irving and the defense attorneys were supportive of the jail’s efforts and they hoped to take the program into account when working with inmates from TBRJ. Although a potential drug court has not gotten the green light for District Six, with the cooperation of the D.A.’s office, defense attorneys and judges, the MAT program could play a role in the legal process, helping facilitate pleas and deferred dispositions for participants.

ENSO founder Timothy Cheney said ENSO is also working with small programs at York County Jail and Kennebec County Jail. Plans are in the works to open an ENSO program at Aroostock County Jail, which recently lost a lawsuit related to its treatment of inmates with addiction disorder, and Washington County Jail. Cumberland County Jail is planning to use a different program for medication assisted treatment under the auspices of the Department of Justice. Even if all these counties start their own programs, the remaining counties, some who already send inmates to Two Bridges, are not in negotiations with the state for treatment facilities, and Bailey hopes many will send those inmates to Wiscasset.

Medication’s involvement in the program has raised some philosophical questions among sheriffs historically, including for York County Sheriff William King. His new program also began earlier this year. He said he was finally convinced by the science of brain chemistry, and is now a vocal champion of the program.

According to ENSO, the program primarily uses Suboxone, a synthetic opioid that fills in the gaps opioid withdrawal causes in the brain; filling the gaps reduces cravings for the drug. According to Cheney, the reduction of withdrawal symptoms lets the person work on underlying or co-occurring issues, such as mental illness or trauma. In jail, even without access to heroin, fentanyl, or pharmaceutical opioids, MAT helps the patient’s brain repair itself more quickly than abstinence alone. The program must be tailored for someone in jail for short periods of time, or who might be awaiting trial, as well as those who will be there longer.

Cheney said that, somewhat surprisingly, ENSO’s philosophy doesn’t require the patient to be immediately willing to give up all drugs. Cheney said insistence on abstinence is one of the things that keeps people away from treatment, forcing them to conceal their disorder from family, friends and employers for as long as possible. “For many years, medication assisted treatment … was shunned by the purists and categorized as harm reduction or opioid substitution treatment. Twelve-step recovery groups, such as AA or NA, insisted that if you were not abstinent from all mind-altering substances then you were not in recovery. Opioid addiction is similar to diabetes. There is Type 1 and Type 2. Type 1 requires medication,” he wrote in an email.

Bailey said that when the patient gets out of jail, the next goal is a safe place to live, away from the temptations of the past. These sites are sometimes called sobriety houses. Currently, there are ones in Augusta and in York County, with plans to have one or more in the TBRJ service area when the larger program begins, Bailey said. More may be added, including some in areas from where some of the inmates are transferred, he said. Right now, all 10 patients are incarcerated, but continued therapy after release is crucial to recovery. To that end, ENSO wishes to have a service center in the area as well. Other programs, such as Addiction Resource Center and Maine Behavioral Health, may also work with TBRJ patients who have been released, Bailey said. “The patients should have options. They should be able to choose the best provider for their needs.”

Keeping the patient off drugs may also mean prolonged use of Suboxone, and a gradual weaning off, or even, according to the ENSO philosophy of integrative harm reduction, its use indefinitely. According to information Cheney provided from ENSO, the milder opioid does not create a euphoric high, and as the patient continues therapy for the underlying issues he or she is facing, there is a risk that he or she will exchange one risky behavior – drug use – for another, just as risky, such as alcohol abuse or unsafe sex, if weaned too quickly off the milder alternative. People can also function at work and in family life while on Suboxone, unlike while on other opioids, according to ENSO.

The next step is helping the patient find employment, and Bailey said part of that is to enlist local businesses willing to help.

This article appears in the Boothbay Register.